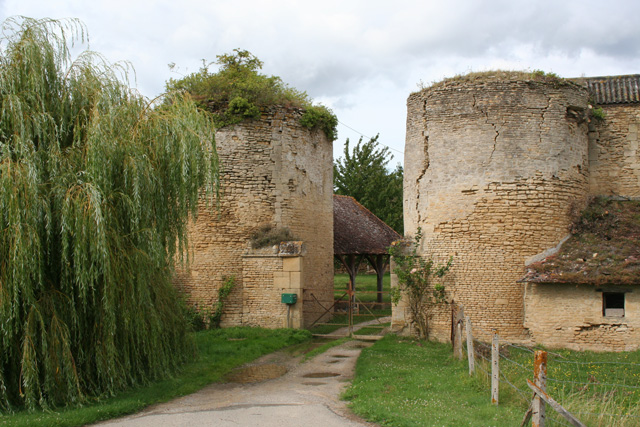 Location: Courcy, in the Calvados departement of France (Basse-Normandie Region).
Built: 12th century.
Condition: Ruins.
Ownership / Access: Private and it is a farm now.
ISMH Reference Number: PA00111247
Notes: Château de Courcy is a castle located in the eponymous town, south of the Calvados department. The building, typical of military architecture of the twelfth - thirteenth centuries, is in danger because of the lack of protective measures, even though it is the subject of an entry in the inventory of historical monuments since 1975.In 1091 held the seat of the castle belonging to Richard de Courcy Robert Courteheuse.Des successive owners of the domain we know Baudric the Teuton who obtained land from Courcy because of its tribute to Duke Richard II and Robert de Courcy. In the early seventeenth century castle Courcy was dismantled by order of Richelieu and losing all military role, gradually became a farm.