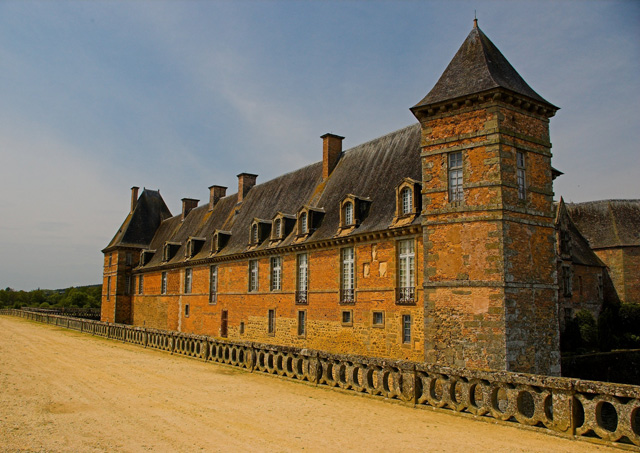 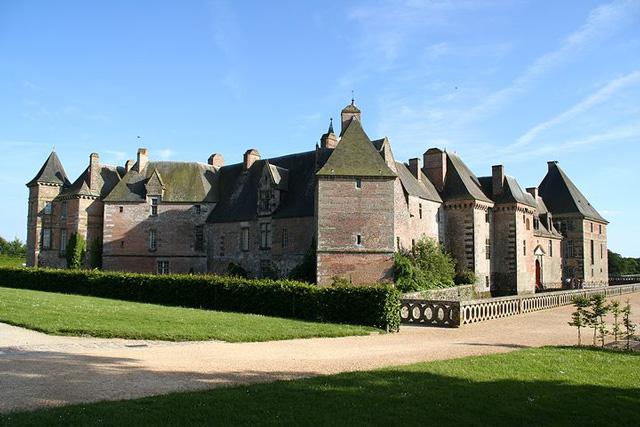 Location: Carrouges, in the Orne departement of France (Basse-Normandie Region).
Built: 14th century.
Condition: In good condition.
Ownership / Access: Managed by the Center for National Monuments.
ISMH Reference Number: PA00110758
Notes: Château de Carrouges is a castle of the nineteenth century located in lower Normandy region, in the Orne department, the town of Carrouges. Managed by the center of national monuments, it is the subject of a classification as historical monuments since December 6, 1927. A legend tells of a Countess of Carrouges surprised her husband in the arms of another woman. Surprised and angry, she stabbed the unfortunate who succumbed to his injuries. The latter, who was a fairy, cursed family Carrouges before dying. Thus, the day after the murder, the count was found murdered in his turn. At this news, a red spot appeared on the front of the Countess who, a few months later, gave birth to a son himself marked that spot at the front. She gave him the name Charles (or Karl-le-Rouge). And that's where the name would Carrouges.

How To Get To Château de Carrouges (Map):