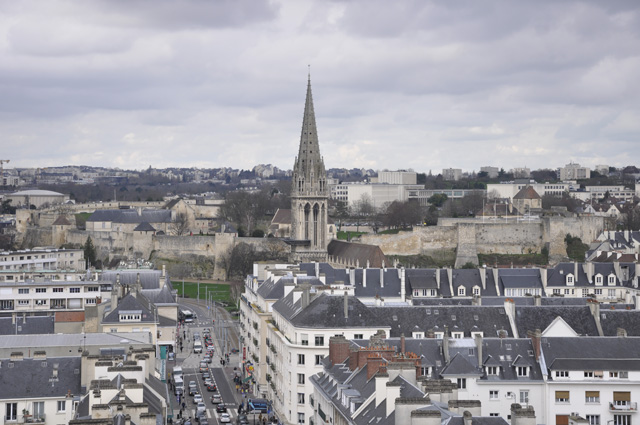 Location: Caen, in the Calvados departement of France (Basse-Normandie Region).
Built: 11th century.
Condition: In good condition.
Ownership / Access: Owned by the municipality.
ISMH Reference Number: PA00111127
Notes: The Château de Caen is a fortified complex of the ancient city of Caen. Founded around 1060 by William the Conqueror, he knows many modifications over the centuries. With 5.5 hectares, it is one of the largest castles in Europe. All buildings and remains of the castle, excluding ditches, Museum of Fine Arts and the kite back north of the Normandy museum, the subject of a classification as historical monuments since 10 April 1997. The castle was first historical monument July 12, 1886 and its enclosure 20 August 1913. On 13 July 1927, the Exchequer room is included in the inventory of historical monuments. The April 19, 1946, it was the turn of the home of the governor of being inscrit2. Then the buildings inside the enclosure are registered in turn May 13, 1946, which prevents their destruction, however. Finally, these protection orders were canceled during the classification of all buildings and remains of the castle, including the base and the walled enclosure (with the exception of the ditches, the Museum of Fine Arts in Caen and wing back north of Normandy Museum) by order of 10 April 1997.

How To Get To Château de Caen (Map):