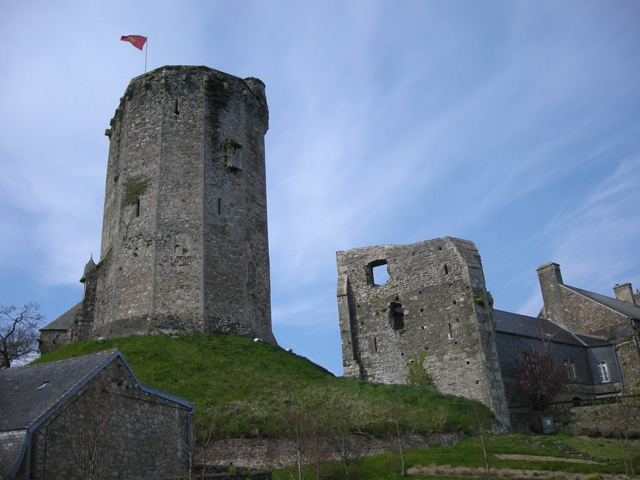 Location: Bricquebec, in the Manche departement of France (Basse-Normandie Region).
Built: 11th century.
Condition: Ruins.
Ownership / Access: Owned by the municipality.
ISMH Reference Number: PA00110344
Notes: Château de Bricquebec is an old castle high on motte, founded in the tenth or eleventh century, completely rebuilt in the fourteenth century and rebuilt in the sixteenth century, the ruins stand in the town of Bricquebec in the department of Manche region Basse -Normandy. This is an ancient feudal remains likely built in the eleventh century. She has since undergone many changes and reconstructions. "He shone in all its splendor in the fourteenth century." The ruins of the old castle are the subject of a classification as historical monuments by the list of historical monuments in 1840.