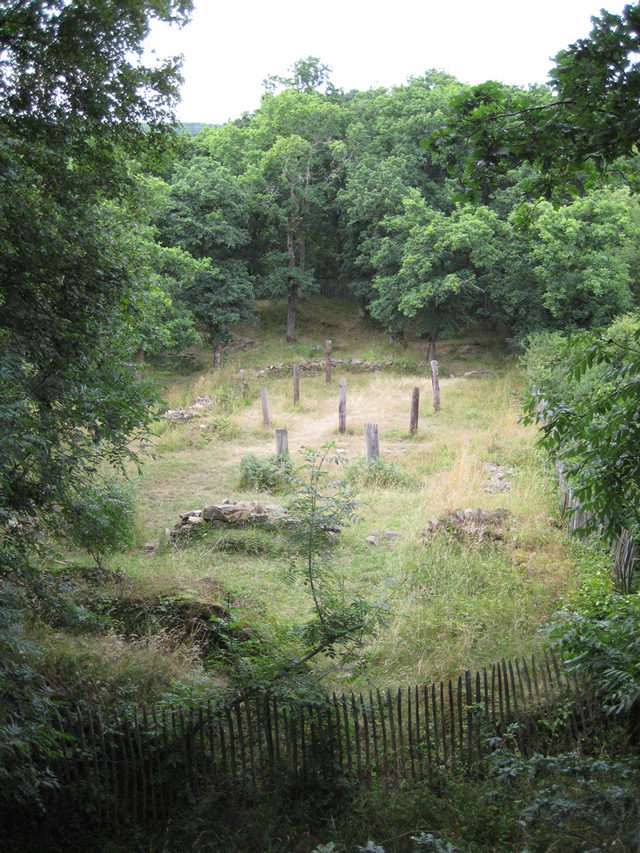 Location: Grimbosq, in the Calvados departement of France (Basse-Normandie Region).
Built: 11th century.
Condition: Ruins.
Ownership / Access: --
Notes: Château d'Olivet is an ancient castle motte of the first half of the eleventh century, the remains of which stand in the Grimbosq forest in the municipality of Grimbosq in the Calvados department in the Basse-Normandie region. The remains of the castle are the subject of a registration as a historic monument by decree of July 21, 1988. The protection of the root ball of Olivet is characteristic of the recent archaeological recognition enjoyed by former castrales clods Middle Ages. Inserted in the middle of a forest at leisure vocation, the site is a quality historical controls easily accessible from the parking Oak Guillot, located a few hundred meters away. Following excavation, protective work began. The dry stone walls were consolidated and pieces of wood arranged at the locations of the inner frame of the stately home. An explanatory panel and an orientation table easier to read the site.