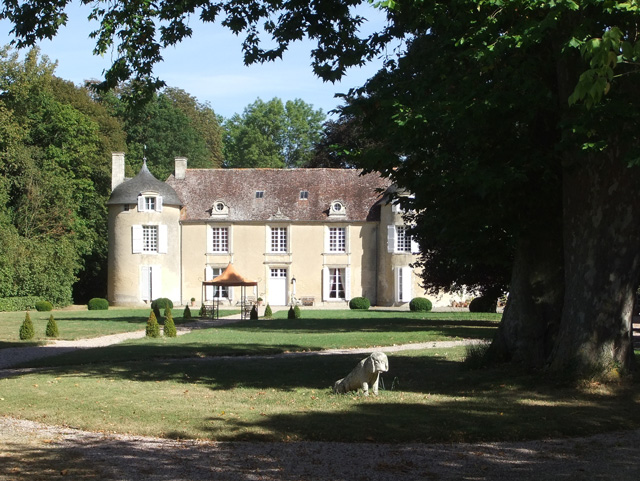 Location: Berniéres-d'Ailly, in the Calvados departement of France (Basse-Normandie Region).
Built: First mention in 1959.
Condition: In good condition.
Ownership / Access: Privately owned.
ISMH Reference Number: PA00111085
Notes: The Chateau d'Ailly in Bernières-d'Ailly, a French commune in the Calvados department in the Basse-Normandie region, populated by 252 inhabitants 2009. Municipal population of Louis-Charles Chesnes Vauquelin (1807-1877) will one of the "richest owners of the Falaise region". By performing major operations on his land in 1832 he discovered the famous helmets 9 says d'Ailly, helmets in perfect condition at the end of the Bronze Age, much of which is exposed to the Museum of Normandy in Caen Castle. The estate remained in the family until it was sold in 2007 to the current owner.