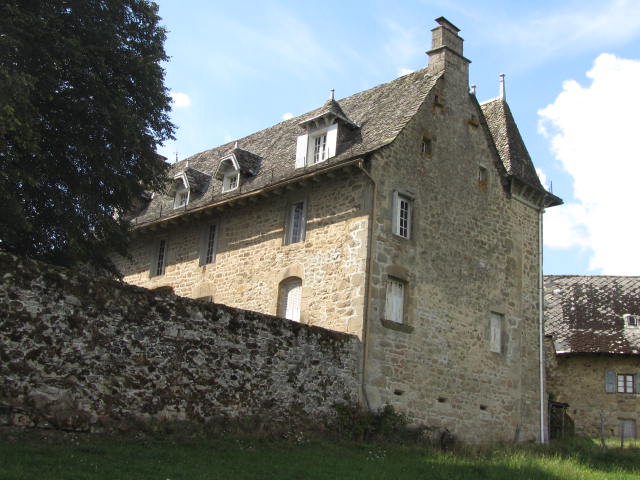 Location: Montvert, in the Cantal departement of France (Auvergne Region).
Built: 15th century.
Condition: In good condition.
Ownership / Access: Private property.
Notes: Demeure de Dilhac is a set of master buildings located in the Cantal Montvert. The area is a rural Dilhac ensemble of various buildings built of granite and slate, with an architecture that is a mixture of influences from Chestnut characterized by differentiated and overlapping elements and Salersois the massive architecture with solid materials. The component parts were built and redesigned in the late fifteenth century (1480), then in 1627 and the nineteenth century. The mansion was built in 1627. Its interior features a fireplace and wood paneling in the common room, kitchen, staircase and rooms. It was rebuilt in the nineteenth century. The two houses of farm contiguous exhibit openings of the late fifteenth century. They have overlapping functions, cellar, common room and attic. The stable barn dates from the seventeenth century and the fourniole 1856. Pierre Caylus (1746-1824), Attorney presidial of Aurillac, owned it in the eighteenth century. His daughter Marie Hélène (born March 1, 1787 in Aurillac) the dowry to Louis Furcy Grognier, the lawyer who liquidated the League of Chinchons.