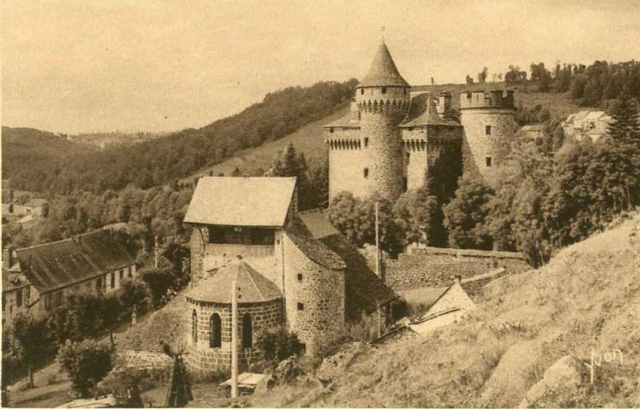 Location: The Ternes, in the Cantal departement of France (Auvergne Region).
Built: 12th century.
Condition: Refurbished in 1997.
Ownership / Access: Owned by the Municipality.
Notes: Château des Ternes is a medieval castle in the town of the same name in the Cantal. A former Chateau des Ternes was razed in 1573 by order of M. de Canillac. The present castle, located in the village, was rebuilt in the early sixteenth century that was built along the second side turn. The tower was lowered was rebuilt in the twentieth century. Bought in 1909 by Alfred Douet who wrote the story. Owned by the municipality since 1974. Open to visitors.