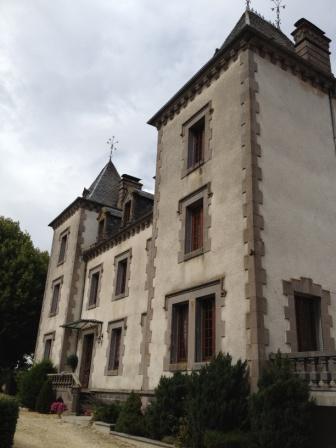 Location: Talizat, in the Cantal departement of France (Aquitaine Region).
Built: 18th century.
Condition: In good condition.
Ownership / Access: --.
Notes: The castle of Vernières is a pleasure castle, located in the commune of Talizat, village is located on the Planèze of Saint-Flour, high plateau formed by the ancient volcano of Cantal (France). It has been the property for several years of families: Teilhard de Vernière, Passorio Peyssard.The present castle bears no resemblance to the first castle with the feudal architecture on which it rests. The estate consists of the castle, a caretaker's house as well as common and stables, all surrounded by dozens of hectares of land and forests.