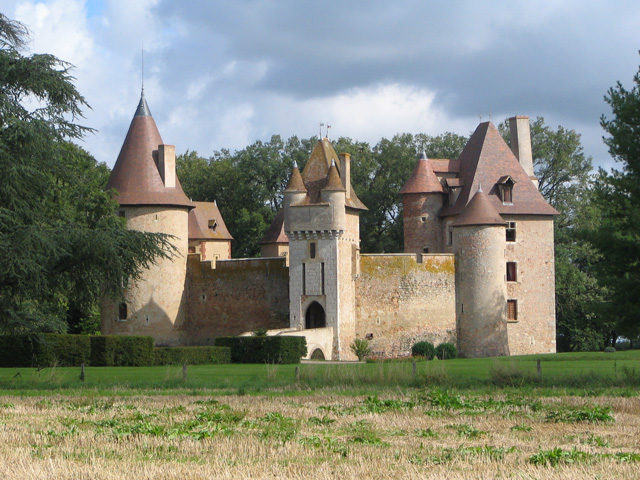 Location: Saint-Pourçain-sur-Besbre, in the Allier departement of France (Auvergne Region).
Built: 15th century.
Condition: In good condition.
Ownership / Access: Owned by a private person but open for visit.
Notes: Château de Thoury is located in Auvergne, 25 km east of Moulins near the wildlife park of PAL, the town of Saint-Pourçain-sur-Besbre. The castle is a feudal built as a fortified wall that stands in the middle of a park. Thoury Castle is still in the twenty-first century, the residence of Conny family Lafay. The Thoury castle stands in the middle of a park and proudly displays its two main buildings linked by high curtain walls. The main access door is embellished with battlements and two towers pepperpot roof. His plan is that of a feudal mound whose fences were replaced by walls against which later were built the house and outbuildings. This castle is visited, one can discover the inner courtyard, the Italian gallery, the guard tower (converted into a small museum of hunting) and watchtower that it contains the memories of a family in which Admiral Kerguelen part. Concerts, exhibitions and models are regularly present.