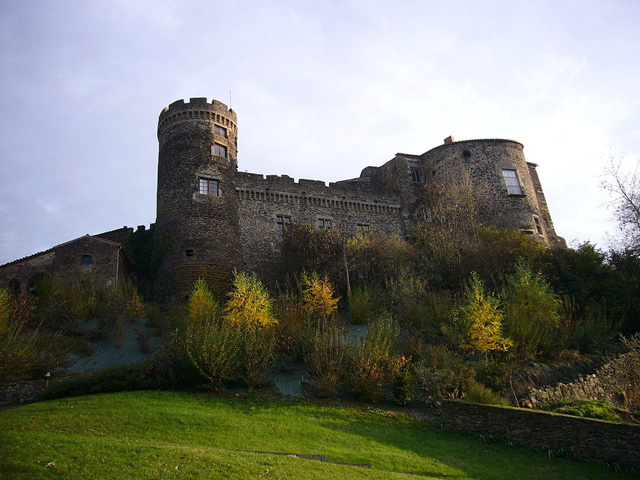 Location: Lamothe, in the Haute-Loire departement of France (Auvergne Region).
Built: 14th to 18th century.
Condition: In good condition.
Ownership / Access: Private property.
ISMH Reference Number: PA00092680
Notes: Lamothe Castle is a castle in the French town of Lamothe (Haute-Loire), built mainly the seventeenth and eighteenth centuries on the remains of a castle of the fourteenth century. A castle was built in the fourteenth century. It is the basis for the construction of the current building, the seventeenth and eighteenth siècles1. Until the French Revolution, he successively belonged to the Dolphins of Auvergne, in the house of Polignac, families of Montfort-Montboissier Canillac and Barentin. The building then became property of the municipality; a portion was converted into a school and rectory. It is now a private property.