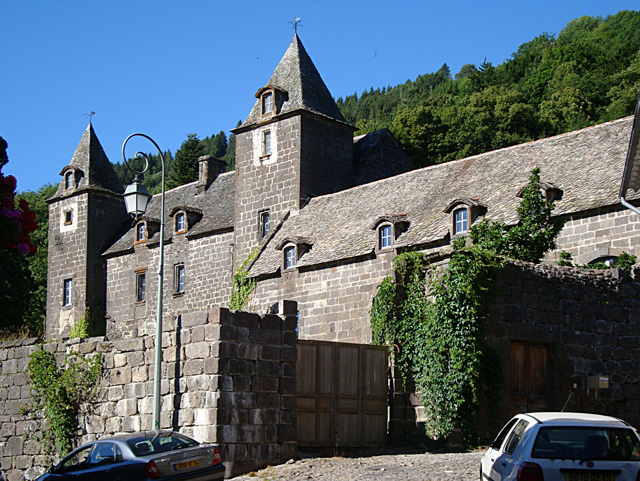 Location: Fontanges, in the Cantal departement of France (Auvergne Region).
Built: 15th century.
Condition: Under construction.
Ownership / Access: Not open to public.
Notes: Château de Lamargé is a castle in the town of Fontanges Cantal. It consists of several main buildings from different eras since the sixteenth century until the eighteenth century. Altered over the centuries, the castle consists of a square tower of the fifteenth century, incorporated in the main building of the late sixteenth century, rectangular plan, flanked by two towers at each end of its south facade. In the eighteenth century building expansion on the back, and the addition of a wing. Common in the nineteenth century and the classical period of terraces surrounding it. Inside, period decor in the wing of the eighteenth century composed of painted wood paneling and mantel, fruitwood floors, ceilings rosettes and cornices. carpentry decor; painting. This castle will remain until the end of the twentieth century in the Salvaige family Lamargé he was later sold to British owners.

How To Get To Château de Lamargé (Map):