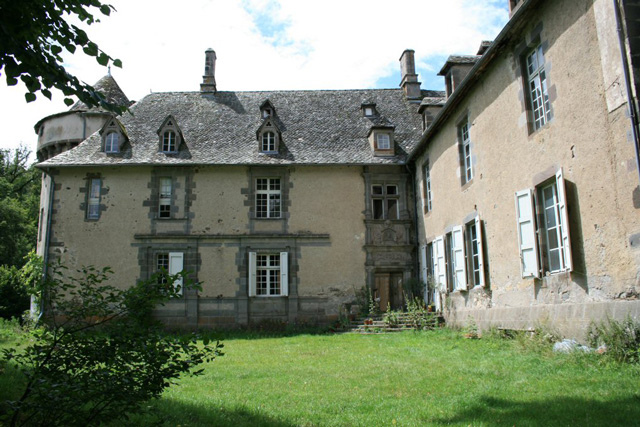 Location: Vézac, in the Cantal departement of France (Auvergne Region).
Built: 16th century.
Condition: Renovated.
Ownership / Access: Not open to public.
Notes: Château de Caillac is located in the municipality of Vézac Cantal. It is listed as a historic monument since 10 November 19971 and has a remarkable park. Located in the grasslands of the valley, near the course of the Cere, it has two main buildings in the square and a large round corner tower. The facade which is open the front door has a scheduling Renaissance resembling that of Messilhac. It opens on a vintage straight staircase and Renaissance style. The castle comes with a farm and a mill, and a beautiful park with arboretum, the state of abandonment.

How To Get To Château de Caillac (Map):