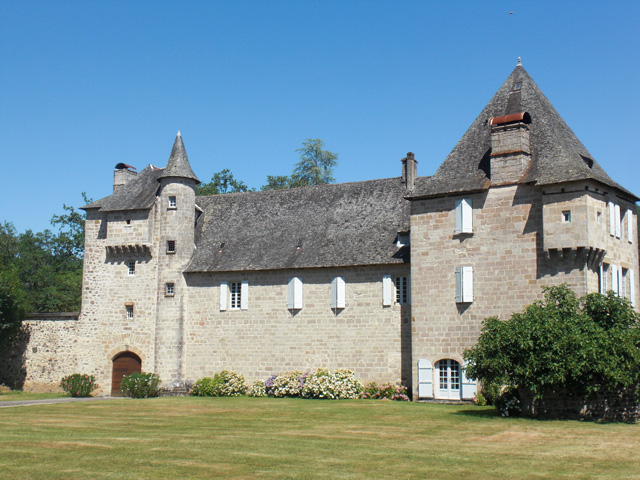 Location: Astaillac, in the Cantal departement of France (Auvergne Region).
Built: 15th century.
Condition: In good condition.
Ownership / Access: Private property.
Notes: Château d'Estresse is a castle located in Corrèze Astaillac built in the fifteenth century. It is a strategic place in the history of the region and France as the king of France Eudes stopped there in 889 Norman pirates dating back to plunder the Dordogne Beaulieu-sur-Dordogne and avoisinants3 villages. Built on the banks of the Dordogne, the castle is built on the terrace, supported by an imposing medieval wall over 200 meters long, feet in water. After the 1914-1918 war, the castle was abandoned, in ruins. It was later restored. It is registered historic monument in 19714. Today it is privately owned, the owners are visiting. Its flowered park includes two millennia yew trees.