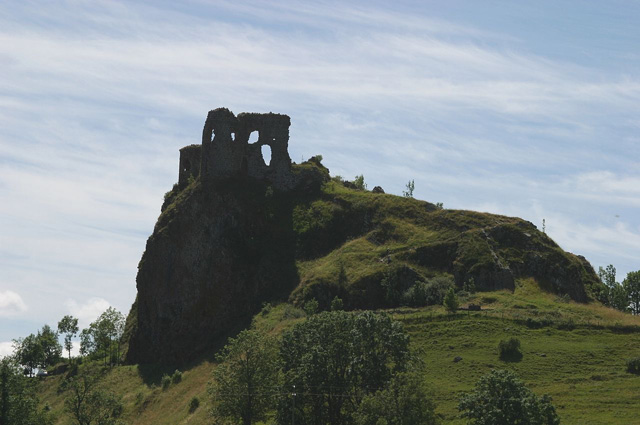 Location: Apchon, in the Cantal departement of France (Auvergne Region).
Built: 12th to 15th century.
Condition: Ruins.
Ownership / Access: Private property.
ISMH Reference Number: PA15000047
Notes: Château d'Apchon is the old medieval castle of one of the most powerful and considered among the most noble families of Haute-Auvergne. It is located on a puech overlooking the village of Apchon Cantal. It was listed as a historic monument by decree of February 24, 2012.

How To Get To Château d'Apchon (Map):