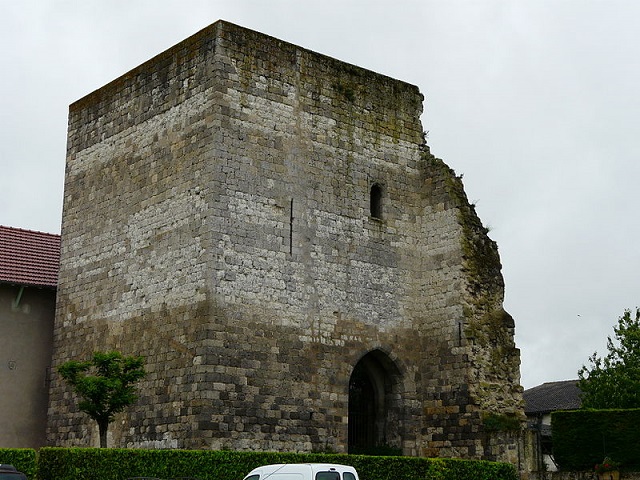 Location: Departement, in the Gironde departement of France (Aquitaine Region).
Built: 1280.
Condition: Ruin.
Ownership / Access: --.
Notes: The tower of Espiens is located in Espiens, in the department of Lot-et-Garonne and the region New-Aquitaine.Edward I, king of England, lord of Ireland, duke of Guyenne since November 20, 1272, by letters patent made to Monflanquin on 12 November 1286 Bertrand-Raymond de Campagne (or Champagne), his seneschal d'Agenais, knight , Bernard de Saint-Loup or Saint-Loubes, and Bernard de Martin, citizens and judges of Agen, to receive in his name, as lord of Agenais, the recognitions of fiefs that prelates, barons, knights, Of him in Agenais and Condomois.On November 17, 1286, Bertrand de Galard, a lord of Espiens, son of Pierre de Galard, acknowledged before these commissioners and in the presence of Fort Aner de Cazenove, knight, former mayor of Bordeaux and seneschal of Guyenne, Jean Costelh and Fortin Sanche de Vidailhac hold of the said king, lord of Agenais, half of the castle of Espiens. On the 14th of November Pierre d'Auvignon, damoiseau, Gailhard de La Roche and Guillaume Raymond de Nazareth acknowledged before the same commissioners the other half of the castle, namely Pierre d'Auvignon on the fourth and the other two on the eighth . The castle was built at the end of the 13th century. The castle was quadrangular and flanked by towers of square corners. The family of Galard was lord of Espiens since the twelfth century. Bertrand de Galard died in 1401 without heirs. In the 15th and 16th centuries the castle belonged to the family of Pardaillan, in 1556 it is the property of the Duke of Albret and the Carmelites of the Incarnation in Paris.