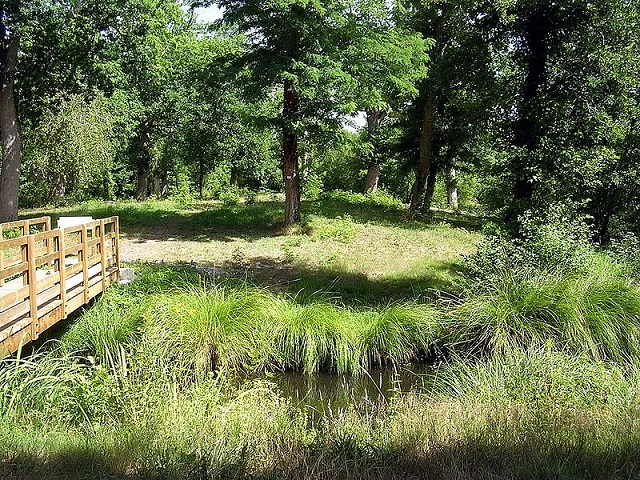 Location: Saint-Paul-en-Born, in the Gironde departement of France (Aquitaine Region).
Built: 1255.
Condition: In good condition.
Ownership / Access: --.
Notes: The tusk of Houns (of the Gascon tuc: butte) is the vestige of a castle of the eleventh century. It is located on the town of Saint-Paul-en-Born, in the French department of Landes.The tusk of Houns is one of the seven castral clods whose vestiges have been found in the country of Born. In the eleventh and twelfth centuries, it was located a few hundred meters from the ancient village of Saint-Paul, also called Segosa. Its name comes from tuc, a Gascon word for hill, and from Houns, probably from Pierre de Homs (Pedro de Hon), who built a strong house there in 1255 by concession of King Henry III of England to defend the confluence Of two rivers, the stream of the Forges and the stream of Escource, near the pond of Aureilhan.The castle or motte castle is a medieval fortification, foreshadowing fortified castles, formed by a mound of earth built by man and a defensive system more or less complex (ditch, earth levee, palisade). Its construction is always based on the use of local materials and a large labor force but without special qualification, unlike the stone fortresses. This type of habitat develops at the beginning of the second millennium, in relation to the emergence of the feudal system. For the aristocracy, it represents the symbol of power over lands and people. In Born, these structures, surrounded by a circular moat, are made of clay 15 to 30 meters in diameter and 4 to 6 meters high. Their summits once bore a wooden tower, home to the lord and his family. Surrounded by a palisade of protection, it constituted a sort of primitive fortress. Within the precincts, the dwellings of the people of the seigneur formed a "small agglomeration", a system which sometimes formed the nucleus of the future villages. The tusk of Houns is made up of two clods. The first supported the seigneurial tower, the second, the barnyard. Less high, it was also larger and could thus accommodate the peasant population in case of danger.