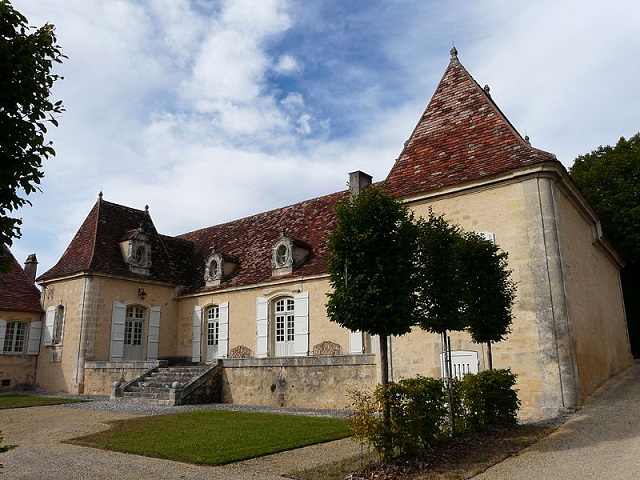 Location: Molières, in the Gironde departement of France (Aquitaine Region).
Built: 17th century.
Condition: In good condition..
Ownership / Access: Private property.
Notes: The manor of Sautet or manor of Sautet is a French chartreuse located in the town of Molières, in the department of Dordogne, in region New Aquitaine.In the seventeenth century, Sautet was probably only a hunting lodge, which grew in the following century by the addition of pavilions at the ends of its main façade, thus conferring on it the architecture of a chartreuse perigordine of the type "à Two wings or pavilions ". The building is listed under historical monuments on 20 March 1972 for its façades and roofs.