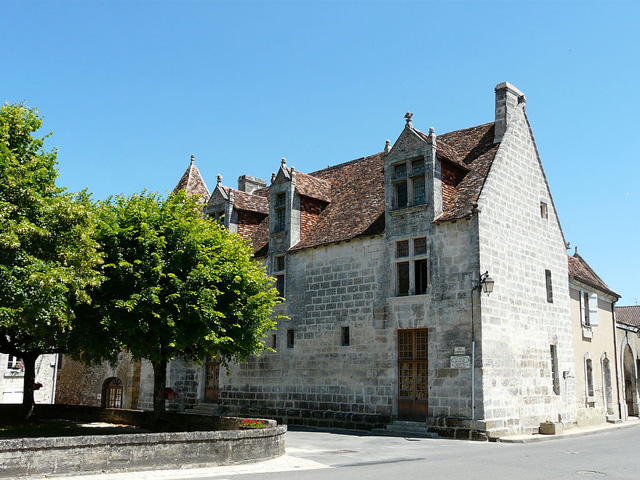 Location: La Tour-Blanche, in the Dordogne departement of France (Aquitaine Region).
Built: 16th century.
Condition: Ruined.
Ownership / Access: Privately owned.
ISMH Reference Number: PA00083024
Notes: Manor Nanchapt or Roumailhac mansion or castle Roumailhac or hotel Mérigat, is a French mansion located in the municipality of La Tour Blanche in the Dordogne, in the Aquitaine region.Nanchapt Manor is a mansion which is located in Périgord, in the northwest of the Dordogne. in the town center of La Tour Blanche.The assembly is private property for a party, and the common property to another.Facades and roofs are listed as historical monuments since June 24, 1948.Renaissance mansion, its construction began in the sixteenth century and ends in 1617. Its different names refer to its successive occupants: the seventeenth century manor house hotel and Mérigat Nanchapt, before holding the castle name (or mansion) Roumailhac of the nineteenth century. Located in the town center, close to the market, it is also called "home of God Market" in the seventeenth century.