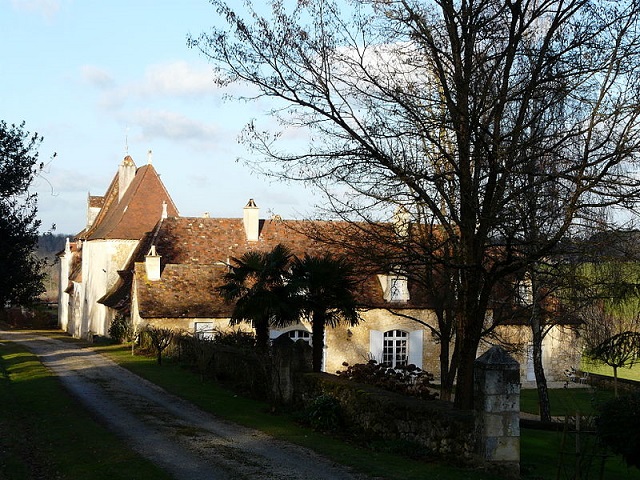 Location: Montagnac-la-Crempse, in the Lot-et-Garonne departement of France (Aquitaine Region).
Built: 14th century.
Condition: In good condition.
Ownership / Access: Famille Montardy.
Notes: The manor of Leygonie is a French manor located on the commune of Montagnac-la-Crempse, in the department of Dordogne, in region New-Aquitaine.The manor house of Leygonie juxtaposes medieval elements (crenellated towers) and a chartreuse, with a roof at the Mansard, whose style is related to the seventeenth century but which probably dates back to the year 1703, date on its entrance portal. It has three buildings. The oldest, reworked in the nineteenth and twentieth centuries, retains the foundations of the fifteenth century. The second is decorated with a square tower of the fourteenth and fifteenth centuries. The third consists of the Carthusian monastery. In 1780 Francois Prévot-Leygonie was born there, a magistrate who became deputy of the Dordogne in 1815, and from 1830 to 1837.