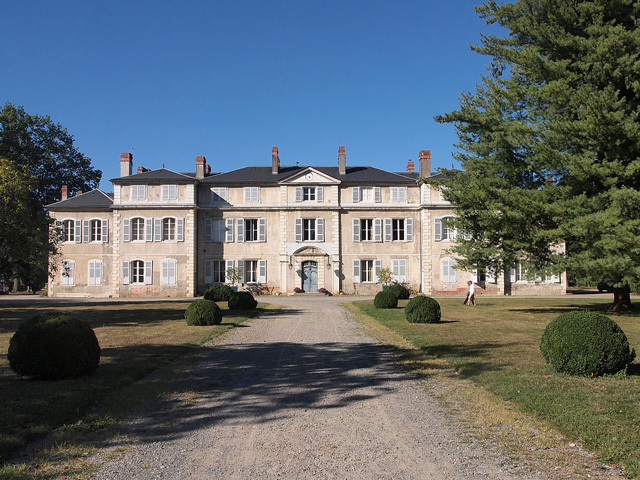 Location: Gelos, in the Pyrénées-Atlantiques departement of France (Aquitaine Region).
Built: 18th, 19th century.
Condition: In good condition.
Ownership / Access: State property.
ISMH Reference Number: PA00084390
Notes: Haras national de Gelos is a stud farm site for public since 1999. It is located south of Gelos Pau in the Pyrenees-Atlantiques. It is the subject of a registration by historical monuments since 4 April 2011. Gelos national stud provides public service tasks such as the identification of horses, vocational training for various stakeholders in the sector, support for job search through the equi-resources service. Gelos national stud farm in the grounds of a castle of the eighteenth century. It was created by Napoleon in 1807. In November 2015, the IFCE announced that this stud will go on sale in January 2016, not having developed from ongoing activities.

How To Get To Haras national de Gelos (Map):