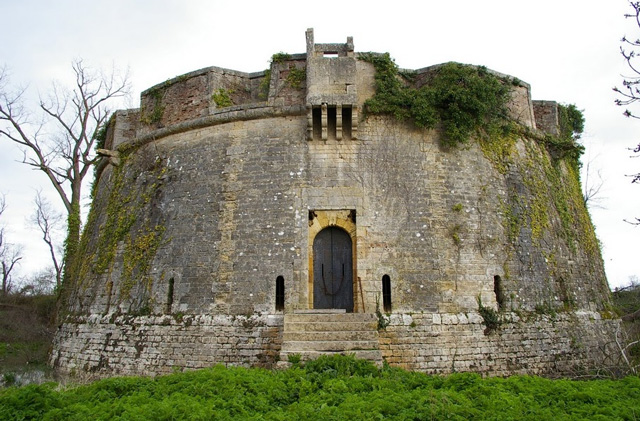 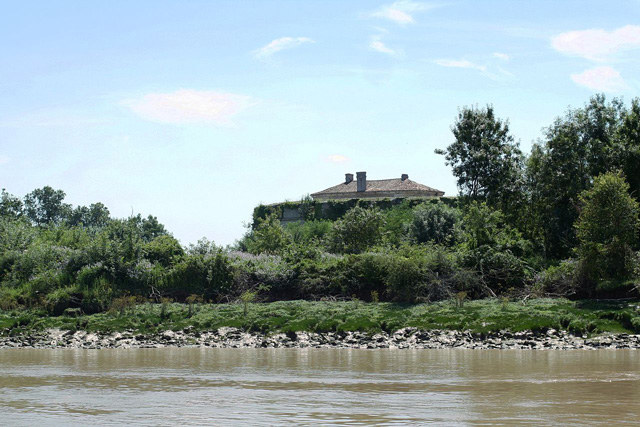 Location: Blaye, in the Gironde departement of France (Aquitaine Region).
Built: 1690.
Condition: Ruined.
Ownership / Access: --
Notes: Fort Paté is a military fort built on one of the islands in the estuary of the Gironde, the Paté island. It lies on the territory of the town of Blaye. When considering the construction of Fort Paté, it is believed to benefit from "this present that nature gave us," namely an unstabilized sandbar formed only a few decades before the completion of the fort. This phenomenon of appearance and disappearance of sand bank is also still discernible on the estuary, near the Paté island. Soon enough, we realize that the island "is eaten" and this particularly on the side facing the Médoc, as noted by the steward Bazin of Bezons during his visit to the island in May 1685. Soon, we began a riverbank consolidation campaign. The first is probably made around 1727, the date from which it will continue to strengthen and create new consolidations.

How To Get To Fort Paté (Map):