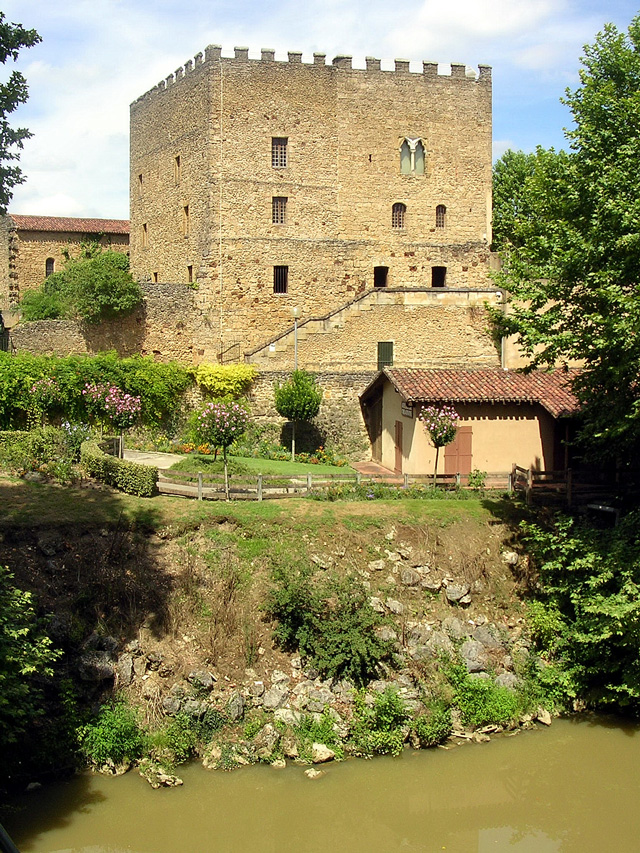 Location: Mont-de-Marsan, in the Landes departement of France (Aquitaine Region).
Built: 15th century.
Condition: In good condition.
Ownership / Access: Owned by the town of Mont-de-Marsan.
Notes: Donjon Lacataye is located in Mont-de-Marsan 3, in the French department of the Landes. It is not a "dungeon" as such, but two strong twin Romanesque houses dating from the fifteenth century1 and feature slots on the upper part in the sixteenth century. It is listed as a historical monument by decree of 22 July 1942 and hosts the Despiau-Wlérick museum since 1968. In 1968, Mayor Charles Lamarque-Cando installs the Despiau-Wlérick museum devoted to figurative sculpture from the first half of the twentieth century and dedicated to the two artists Mons Charles Despiau and Robert Wlérick. Another Romanesque house was formerly enclosed in the wall, is located next to the dungeon. Its walls adorned with crows, were to support galleries used for its defense. It houses the museum Dubalen today. Mont-de-Marsan has two other fortified Romanesque houses, remember his defensive system set up shortly after its founding.