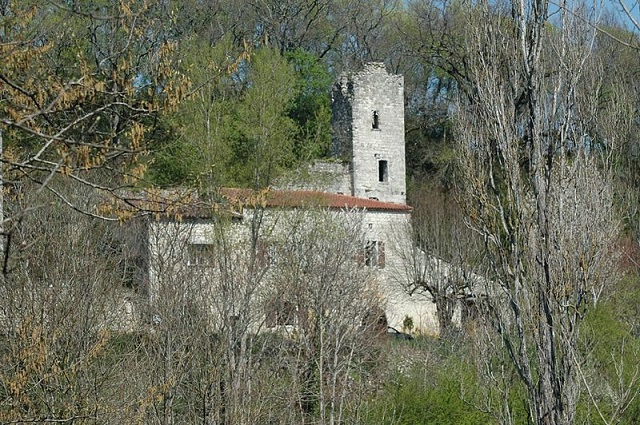 Location: Saint-Antoine-de-Ficalba, in the Lot-et-Garonne departement of France (Aquitaine Region).
Built: 13th century.
Condition: Ruins..
Ownership / Access: Private property.
Notes: The keep of Péchon is located on the territory of the commune of Saint-Antoine-de-Ficalba, in the department of Lot-et-Garonne and the region New-Aquitaine.The Pechon stronghold flanked by a donjon was built in the 13th century until the fourteenth century. The strong house is in ruins. A house was built just before the old in the eighteenth or nineteenth century.The dungeon was registered as historic monuments on June 20, 1950.The keep is leaned against a strong house. The dungeon keep is square with four floors which are accessed by spiral staircase. The first and second floors are pierced with broken arch openings. The fourth floor has a three-lined window.