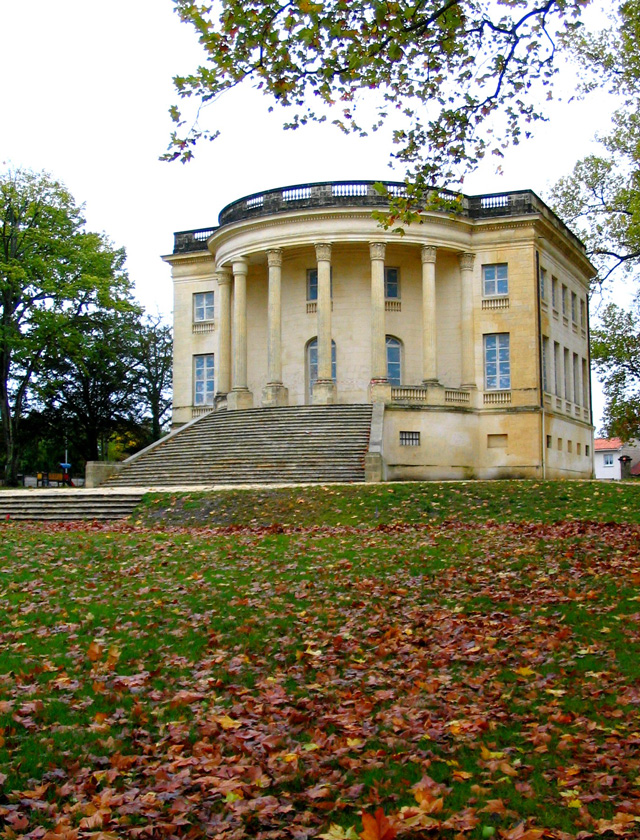 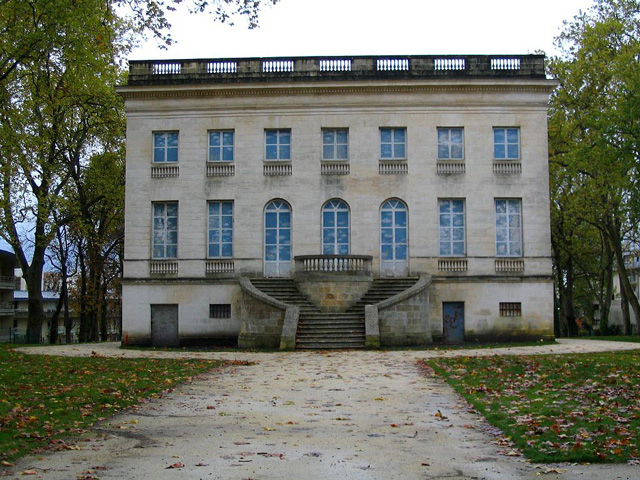 Location: Merignac, in the Gironde departement of France (Aquitaine Region).
Built: 1785-1780.
Condition: Restored.
Ownership / Access: Owned by the town.
ISMH Reference Number: PA00083628
Notes: Château Peychotte also called Maison Carree of Arlac is a neoclassical folly located on the town of Merignac in the Gironde. It was built from 1785 to 1789 for the Jewish banker of Portuguese origin Peixotto Charles Samuel (whose name was Frenchified in Peixotte or Peychotte). Project management of the house is attributed to the architect Jean-Baptiste Dufart. The building was listed building on March 21, 1983. The building of massaged and Palladian level, situated on a hill, features a lounge "rotunda" on two levels, covered with a dome lowered with painted decoration. The upstairs rooms are serviced by a private staircase, cleverly hidden in the fitting of the circle of the living room and the hall of the rectangle. These pieces serve the upstairs bedrooms and a circular gallery overlooking the living room "rotunda" for receiving the musicians. Contrasting with the austerity of the northern facade, the majestic southern façade is decorated with a semicircular Corinthian colonnade overlooking a monumental staircase to the convex steps. All dominated a landscaped park still almost intact at the threshold of the 1980s but now well under way and distorted by speculation. After many years of neglect and multiple real estate projects coveting its vast park, the villa, very degraded, was finally bought in 1990 by the town of Merignac who undertook its restoration. The Square House of Arlac have inspired the model of the castle Rastignac, a neoclassical mansion located in La Bachellerie in the Dordogne and the White House in Washington.