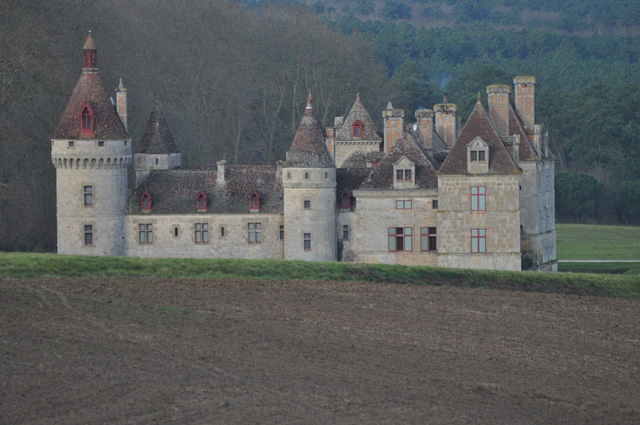 Location: La Réunion, in the Lot-et-Garonne departement of France (Aquitaine Region).
Built: 13th century.
Condition: Ruined.
Ownership / Access: Owned by a Private Company.
ISMH Reference Number: PA47000017
Notes: Château du Sendat is a castle located in the municipality of La Réunion, in the department of Lot-et-Garonne. There is a fortified house from the late eleventh century. The castle is built in the thirteenth century, but it was largely rebuilt in the seventeenth century and transformed by Félix Duban between 1851 and 1867. Poton Xaintrailles and La Hire stop here going to join Joan of Arc. Blaise Monluc stayed there in 1561. The walkways leading to the castle, flowerbeds, the container, facades and roofs were common registered under the Historic Monuments November 22, 1996; The castle, with its common and outbuildings were ranked 8 December 2003.