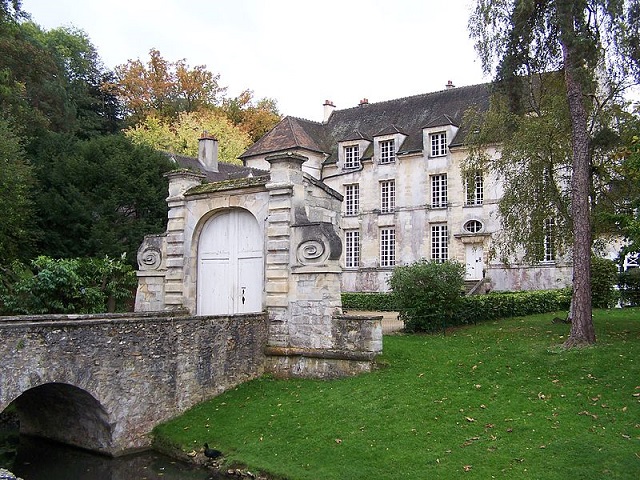 Location: Louveciennes, in the Lot-et-Garonne departement of France (Aquitaine Region).
Built: 14th century.
Condition: --.
Ownership / Access: --.
Notes: The castle of Pont in Louveciennes (Yvelines) is a medieval castle, whose imposing portal opens the way. It is surrounded by a circle of trees, forming a vegetal curtain that changes color according to the season. The castle has been registered as a Historic Monument since 16 March 1987.It was acquired in the fourteenth century by the lord Claude Nau, secretary of Mary Stuart, queen of Scotland. His descendants still occupy it today.During the winter of 1948, Jeanne Baudot, a Louveciennes pupil of Pierre-Auguste Renoir, installed his easel and painted Le Château du Pont in winter, a snow effect. The painting is reproduced on the site of its creation on the Way of the Impressionists.

How To Get To Château du Pont (Map):