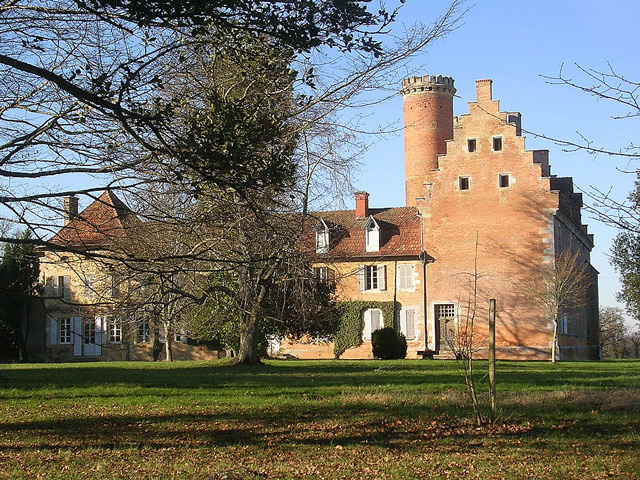 Location: Duhort-Bachen, in the Landes departement of France (Aquitaine Region).
Built: 15th century.
Condition: In good condition.
Ownership / Access: Privately owned.
Notes: Château du Lau is located in the town of duhort-bachen, in the French department of the Landes. It is classified as historical monuments by order of 2 April 1997. The present castle was built in the fifteenth century on the site of a medieval fortification, perhaps motte kind. Built to Antoine de Castelnau, chamberlain of Louis XI, its architecture is imbued with Flemish influence. It consists of a main building of the fifteenth century to the east, a wing at right angles to the late Middle Ages to the nineteenth century redeveloped south, a gatehouse, defensive work dressed the nineteenth century to the west. In the north, the building demolished has been replaced by a moat, the curve tracing the contour of a hill leveled.

How To Get To Château du Lau (Map):