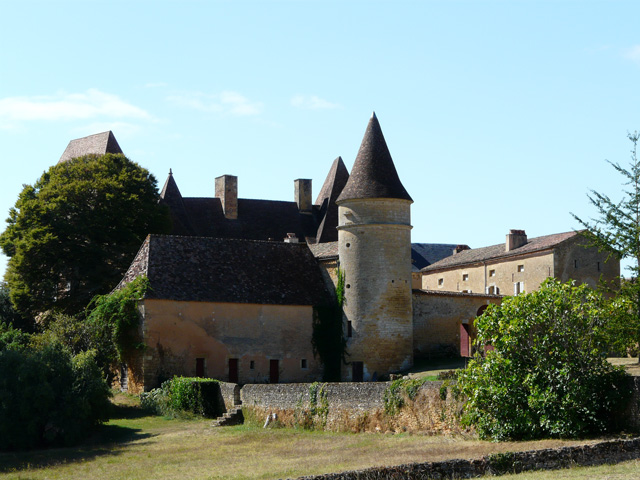 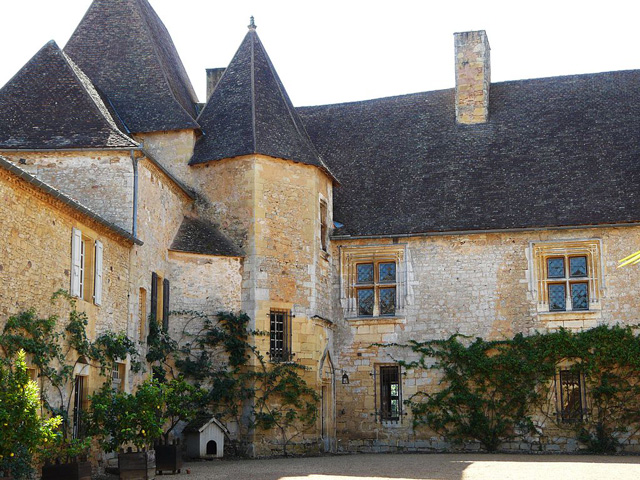 The southeast corner of the courtyard. - Père Igor - Wikipedia - lic. under CC BY 3.0

Location: Urval, in the Dordogne departement of France (Aquitaine Region).
Built: 15th century.
Condition: In good condition.
Ownership / Access: Family Commarque.
ISMH Reference Number: PA00082416
Notes: Château de la Bourlie is a French château located in the town of Urval, in Dordogne, in the Aquitaine region. The castle and grounds are under protection as historical monuments. Appointing a former noble lair, the oldest mention of the place as "Borrelia" dates back to 1459. In the eighteenth and nineteenth centuries, the castle acquires terraces, a garden and a park. After an initial registration 13 November 1973 limited to facades and roofs of the castle, the castle and its domain (its common, its dependencies, its park and gardens) are all registered as historical monuments 12 September 2005.

How To Get To Château de la Bourlie (Map):