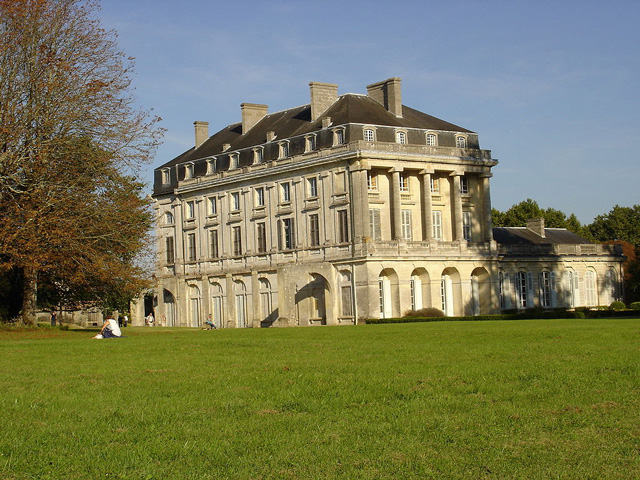 Location: Saint-André-de-Cubzac, in the Gironde departement of France (Aquitaine Region).
Built: 18th century.
Condition: In good condition.
Ownership / Access: Privately owned.
ISMH Reference Number: PA00083711
Notes: Château du Bouilh is a castle in Saint-André-de-Cubzac, in Gironde. It consists of a complex of buildings: the flag of honor and common arranged in a semicircle dating from the eighteenth century. The architect of the castle is Victor Louis who worked late 1786 to August 1789. The castle are the subject of a classification as historical monuments since 17 March 19432. It opens to the public the same year. Under the Restoration, the heir of the Marquis de La Tour du Pin, Frederick Seraphin, was ambassador to Turin and Spain, Minister of France in The Hague. He died in 1837. He sold the castle in 1835 to a Creole from Réunion Florentin Hubert Montfleury. His son Louis Henri Hubert Delisle, who was governor of the island of Reunion and senator under the Empire. In 1864, Hubert Delisle Noéline married Edward of Feuilhade Chauvin. The castle now belongs to Bouilh their descendants who organize monument tours throughout the year.

How To Get To Château du Bouilh (Map):