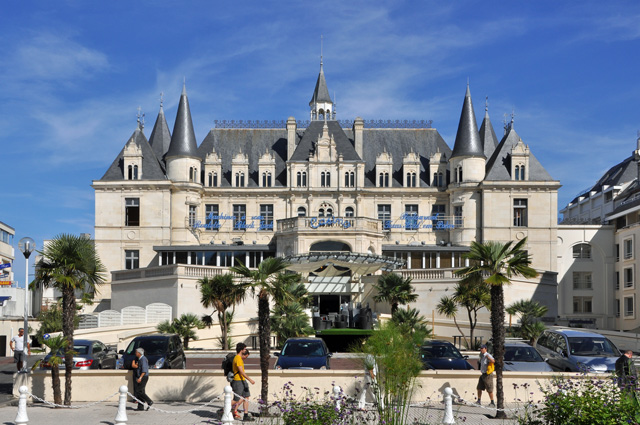 Location: Arcachon, in the Gironde departement of France (Aquitaine Region).
Built: 1853.
Condition: Restored after the 2nd World War.
Ownership / Access: --
Notes: Château Deganne is located in Arcachon, in the French department of Gironde. Today it houses the casino in town. It was built in 1853 by Adalbert Deganne, then mayor of the city, in a neo-Renaissance style bordering plage2. It becomes a place frequented by the nobility and bourgeoisie resort, it is even suggested to the Emperor Napoleon III in 1859, two years after the enactment of the autonomy of the city. On the death of the mayor, it becomes a place of private dwelling. Sold in 1903, it is converted into casino. Requisitioned during the Second World War, it is transformed into barracks and heavily degraded. Restored after the war, it becomes a place for games and shows, and sees many celebrities came to pass occur in Arcachon. He became the only casino of Arcachon after the fire in 1977 the Moorish Casino.

How To Get To Château Deganne/Casino de la Plage (Map):