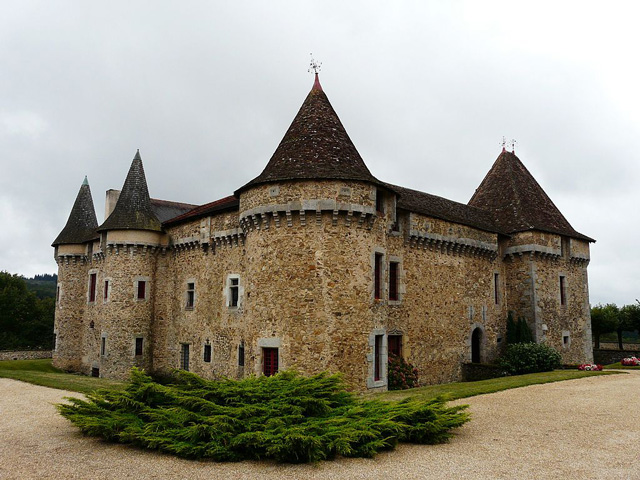 Location: Saint-Pierre-de-Frugie, Dordogne departement of France (Aquitaine Region).
Built: 12th century.
Condition: In good condition.
Ownership / Access: Privately owned.
ISMH Reference Number: PA00082892
Notes: Château de Vieillecour is a French château located in the municipality of Saint-Pierre-de-Frugie in the Dordogne, in the Aquitaine region. About where could be born saint Vaast, Vieillecour Castle was built in the twelfth century. After being seriously wounded at the siege of Chalus, Richard the Lion Heart, would have found refuge in 1199 six days before dying. In 1372, during the Hundred Years War, the constable established his garrison for several weeks after taking over Saint-Pierre-de-Frugie the English. It was rebuilt in the fifteenth to seventeenth century. During the second half of the twentieth century, it was owned by the architect Armand Lejeune (1918-2006). Château de Vieillecour is located two kilometers northeast of the town of Saint-Pierre-de-Frugie, along the provincial road 67 and close to Valouse. This is private property. It comes in the form of an incomplete quadrilateral bordered by dry moats on both sides. The enclosure punctuated by five round towers and a square tower, retains its battlements. It is a listed building since 1946.