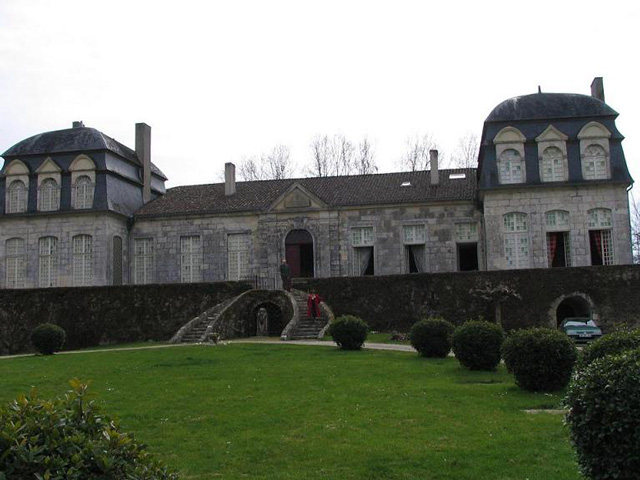 Location: Feugarolles, Lot-et-Garonne departement of France (Aquitaine Region).
Built: 15th, 18th century.
Condition: Ruined.
Ownership / Access: Privately owned.
ISMH Reference Number: PA00084118
Notes: Château de Trenqueléon, also wrote Trenquelléon or Trenquelléon, was built in Feugarolles, Lot-et-Garonne. In 1253, in the Cartulary of Agen, the brothers Bernard and Gerald Trenquelléon, son of Odon or Otto of Lomagne, knight, lord of Fimarcon give to the bishop of Agen tithes of parishes Saiinte Mary of Bordères and St. Stephen Calignac. In a document dated 1284 signed between Jordan Lisle and the representative of the King of England in the residence of Othon Lomagne located Malolerne, Castle Feugarolles and their dependencies, the parish will Calezun part in perpetuity of the jurisdiction of the fortified town of Vianne. In 1313, another of Bernard Trenquelléon Lomagne, son and grand-son of Odon two or Otto of Lomagne, the three lords of Fimarcon, married Allemane Cazenove. Trenqueléon Castle was built in 1771 by Charles de Batz, Baron Trenquelléon on the remains of a feudal castle of the same name lords. The date is on the corner of Central and West Pavilion initial C.B.T. are written in the ground in black and white pebbles in front of the entrance. The castle was first a feudal mound that was the property of the lords of Fimarcon the mid-thirteenth century. The facades and roofs of the castle were listed as historical monuments 16 February 1951.