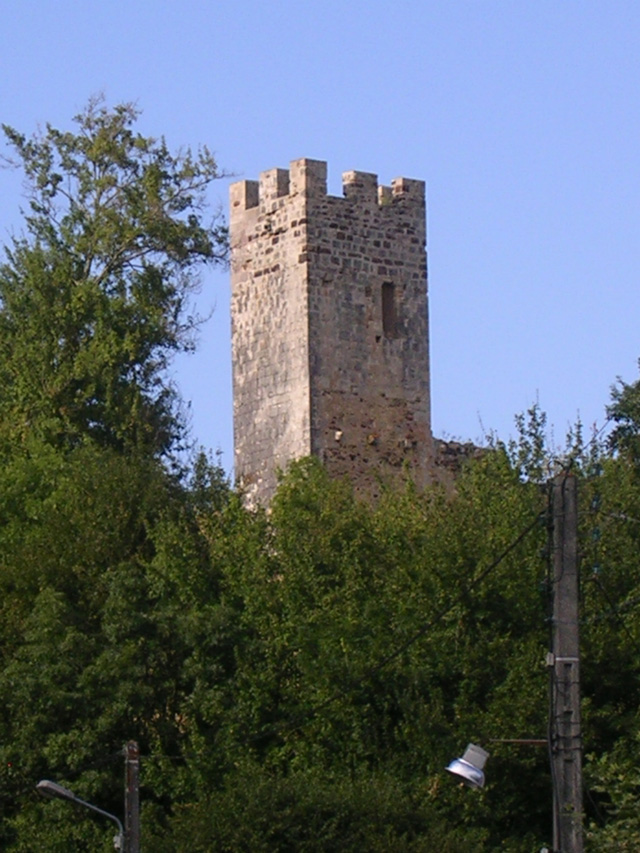 Location: Sault-de-Navailles, in the Pyrénées-Atlantiques. departement of France (Aquitaine Region).
Built: 12th century.
Condition: Ruins.
Ownership / Access: Privately owned.
ISMH Reference Number: PA64000030
Notes: Château de Sault is an ancient fortress built on a castle mound in the twelfth century, situated in the municipality of Sault-de-Navailles, in the French department of Pyrenees-Atlantiques. It is listed as a historical monument by decree of November 26, 1998. The Viscount of Sault was placed between the duchy of Aquitaine (depending on the time or Gascony), of which she belonged, and the Viscount of Bearn. English and Béarnais compete throughout the thirteenth century the suzerainty of the lordship and control of the castle, which then occupies a strategic position on a mound overlooking the valley of the Luy de Bearn, the historical border between Aquitaine and Béarn. In this situation, the feudal lords could monitor and watch for any signs abroad from the tower overlooking the Carrere (main street now named Rue de France) and control passages Luy. The castle is under attack succession of Béarn viscounts and dukes of Aquitaine: Viscount Leicester made the seat in 1225, he is taken by Simon de Montfort in 1249. In 1263 the lord of Sault ally Gaston VII Béarn, is forced to kill the dungeon. Gaston de Béarn is held prisoner in 1273 on the orders of Edward I of England. The siege by the Duke of Anjou in 1374 dealt a fatal blow to the castle. Today, only remain the remains of a rectangular tower with thick walls, high of fifteen meters and part of the surrounding wall. The dungeon had two floors each consist of a single piece. One on the ground floor overlooking an inner courtyard, while we acceded to the floor by traps or ladder. The courtyard was to host the buildings which house the body, it seems, is against the wall. The fact remains that few vestiges: a wall foundations and visible from the ground.