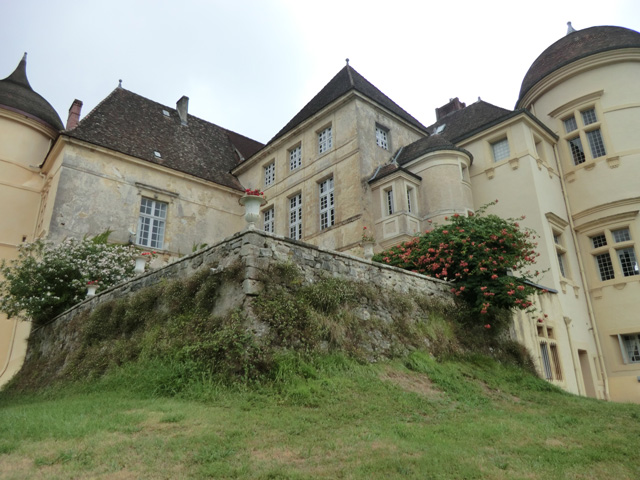 Location: Saint-Martin-de-Seignanx, in the Landes departement of France (Aquitaine Region).
Built: End of 14th century.
Condition: In good condition.
Ownership / Access: Owned by the town.
ISMH Reference Number: PA00132750
Notes: Château de Saint-Martin-de-Seignanx is located in the town of Saint-Martin-de-Seignanx, in the French department of the Landes. Major works appear to have been undertaken in 1640 by the then owner Bertrand Saint-martin and his wife Marie Lucmayours 1. monograms of the couple are found elsewhere on some ceilings and the dome of the principals stairs 2 ("BDSM" for Bertrand Saint-martin and "Landtag" for Mary Lucmayour). The couple's daughter was married to Jean-Baptiste-Alexandre de Oros 2. Without descendants, the castle returned to their deaths in the family De Oros 2 related to Jean-Charles de Bordas 3. The field finally remained in the hands shortly of De Oro since it was sold November 5, 1772 to the family of Juliac-Pujole; the owner of the castle, when the French Revolution broke out was therefore Marie Joseph Juliacs 4. The domain and it included all property was confiscated during the revolutionary period 5; then transmitted to a realtor, it was acquired in 1804 by Arnaud Daguerres 6, a Bayonne bourgeois. In 1875, his daughter married Louis-Jean-Gabriel Personnazs 7, the castle then came into the possessions of the family and there Personnaz acquired a name variant ("the Personnaz Castle"). The castle is the subject of a registration on historical monuments since October 5, 1994.