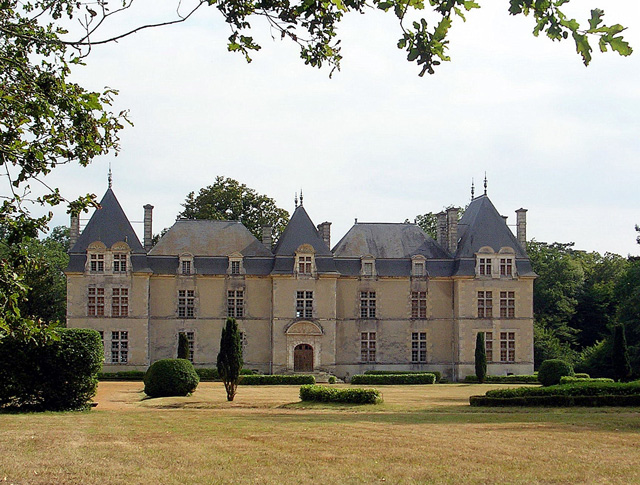 Location: Perquie, in the Landes departement of France (Aquitaine Region).
Built: 17th century.
Condition: In good condition.
Ownership / Access: La Croix de Ravignan.
ISMH Reference Number: PA00083996
Notes: Château de Ravignan is a stately home, whose current form dates from the seventeenth century. It is located in the town of Perquie, in the French department of the Landes. Castle Ravignan is registered in the inventory of Historic Monuments by order of 23 November 1948. The Ravignan castle is inhabited by the same family since 1732, the family of La Croix Ravignan. The presence of two ravines on the field was originally named Ravignan. The castle was originally a manor house built on the ruins of a castle dating back to the Visigoths and burned during religion4 Wars. The facade of Louis XIII style dates from 1663, but it was built in several stages between the seventeenth century and the nineteenth century, with its French garden, changed the twentieth century. The vineyard Castle Ravignan is entirely located in Bas-Armagnac. It produces water spirits of the same name and Floc de Gascogne.

How To Get To Château de Ravignan (Map):