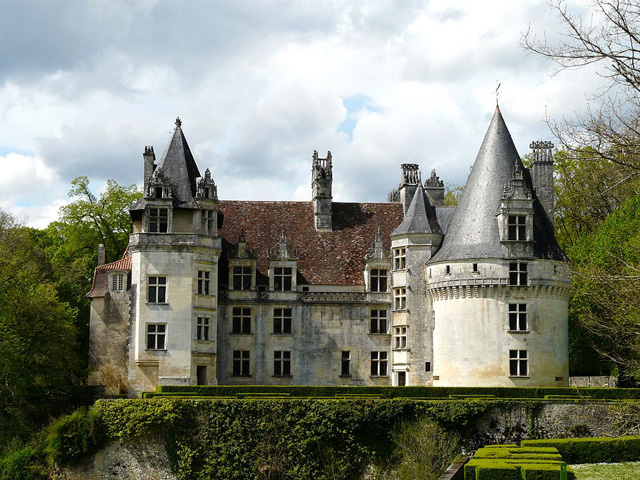 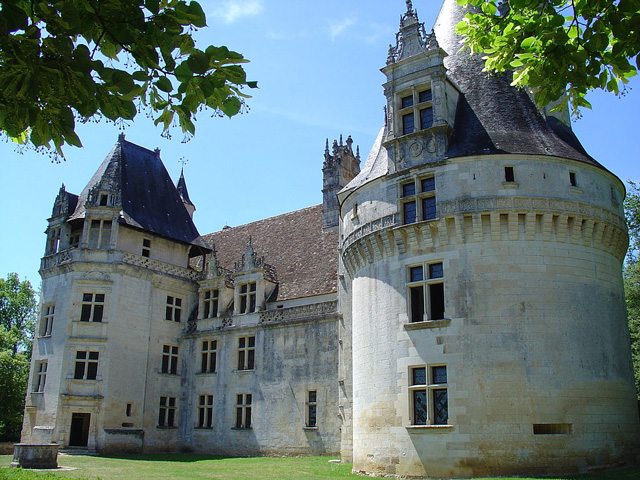 Location: Villars, in the Dordogne departement of France (Aquitaine Region).
Built: 16th century.
Condition: Ruined.
Ownership / Access: State property.
ISMH Reference Number: PA00083065
Notes: Château de Puyguilhem, protected as historical monuments and open to the public, is located in the municipality of Villars, in the French department of Dordogne. Built in the sixteenth century, the castle features a Renaissance style, close to the chateaux of the Loire. Construction of the castle of Puyguilhem starts in 1513, sponsored by Mondot Marthonie of the first President of the Parliament of Paris. The man is a relative of Francis I and his mother Louise de Savoie. It administers the kingdom when the king goes to war. The building was classified as historical monuments in 1881 and decommissioned in 1887. Finally, there is the subject of a classification as historical monuments since March 20, 1912. The surroundings of the castle, woods and fields, are listed by order of 19 May 1945. In 1938, the State expropriated for public purposes the owner who left the castle to fall into disrepair. He began a restoration that will last 20 years. Château de Puyguilhem is run since February 2008 by the Centre of National Monuments.