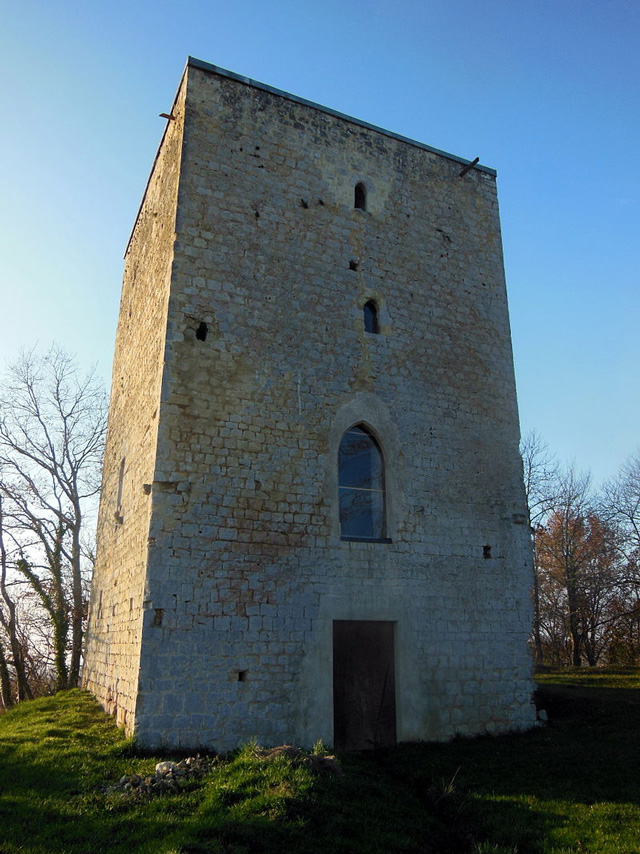 Location: Saint-Aubin, in the Landes departement of France (Aquitaine Region).
Built: 13th century.
Condition: Ruined.
Ownership / Access: Privately owned.
ISMH Reference Number: PA40000009
Notes: Château de Poyaller is located in the town Saint-Aubin, in the French department of the Landes. It is a listed building by order of 20 September 1996. The castle is Poyaller built in the late thirteenth century from a motte leveled. It remains one of the few witnesses of high-main towers in the department. It loses its defensive function and, having served as farm, is sold as national property during the French Revolution. The tower comprises only three floors, the floors are gone. According to the usual device, the front door is located on the second level and was probably reached by a wooden structure. Inside the tower, the distribution had to be done by wooden stairs or ladders miller. The residential function was complemented by a home, large rectangular room established at the northern edge of the site of which there is only a piece of wall preserved. His elevation indicates a structure in a ground floor and one upstairs. The foundations determine a grip on the ground about fifteen meters long and four wide.