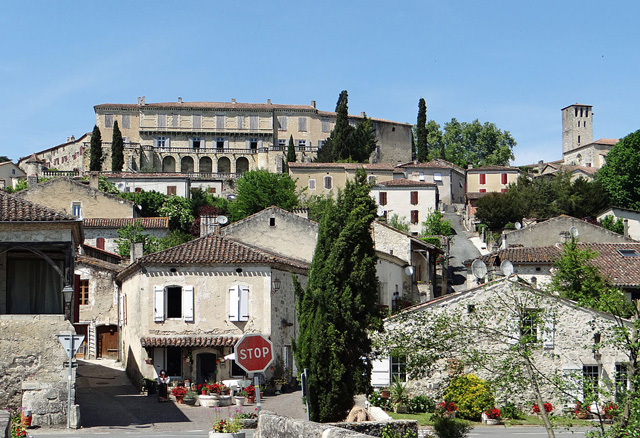 Location: Poudenas, in the Lot-et-Garonne departement of France (Aquitaine Region).
Built: --
Condition: Ruined.
Ownership / Access: --
ISMH Reference Number: PA00084209
Notes: Château de Poudenas is a castle located in the town of Poudenas, in the department of Lot-et-Garonne. The monument is the subject of a classification as historical monuments since August 22, 1984 for its facades and roofs of the keep and the buildings surrounding the main courtyard, its south facade with its gallery and its terraces and its corresponding roof terrace in front of the facade of the castle, its stone staircase string wall and straight flights, fireplace of the living room and the reception hall and its surrounding wall. It is also registered since May 26, 1952 for the rest of the façades and roofs.

How To Get To Château de Poudenas (Map):