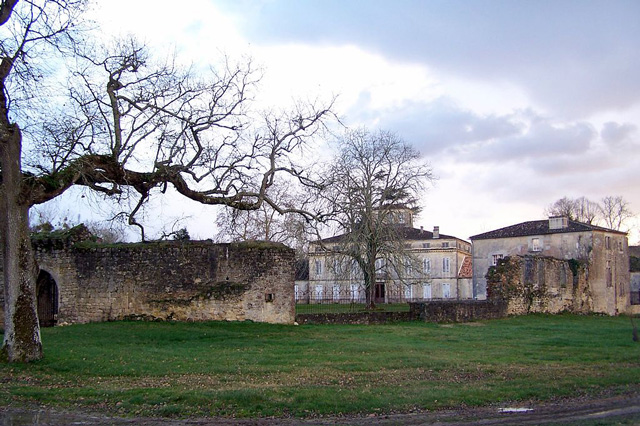 Location: Saint-Félix-de-Foncaude, in the Gironde departement of France (Aquitaine Region).
Built: 13th, 14th century.
Condition: Ruined.
Ownership / Access: Privately owned.
ISMH Reference Number: PA00083739
Notes: Château de Pommiers is a medieval group of buildings located mainly in the municipality of Saint-Félix-de-Foncaude in Gironde, France. The remains of the old feudal village of Apple, called castrum like the Roman fortified camps are primarily made up of a triangular enclosure dating back to the fourteenth century with a gateway to the northern tip, an imposing tower castrale with an identical door to the southwest corner and a curtain in south facade overlooking the course of Vignagne; the stately home and chapel are after that time as well as a seventeenth-century dovecote outside, amid fields north. The building was listed as historical monuments by order of 8 June 2007 after an initial protection of 22 December 1987 canceled.