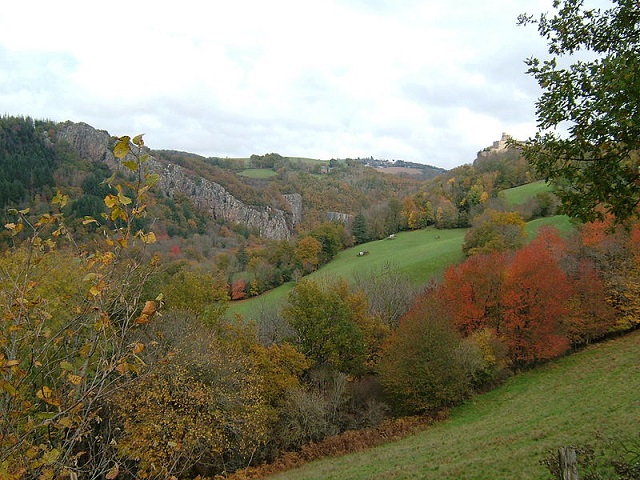 Location: Paulinet,, in the Lot-et-Garonne departement of France (Aquitaine Region).
Built: 16th century.
Condition: Remaining.
Ownership / Access: Private.
Notes: The castle of Paulin is a fortified building, located in the commune of Paulinet, in the department of Tarn in France and registered with the historical monuments since January 2, 1986.A written trace dating from the tenth century makes the castle of Paulin one of the oldest of the Languedoc. In 1331, it was taken over by major road companies during the one hundred year war. They will not leave the place in 1384 for ransom. During the wars of religion, it belongs to the family of Rabastens of which one of its members is an important Protestant leader in the region. He chose to organize his warlike expeditions from other sites. Subsequently, the changes made the stay more comfortable: it lost its ramparts and advanced works, remaining only the dungeon. A more recent residence built in the sixteenth and eighteenth centuries testifies to the continued habitation of the site. The south wing was entirely recovered in the nineteenth century. The castle has been restored since the 1970s, saving it from ruin.The castle is built of schist on a rocky bar of the same nature, the construction sometimes blending with its support. Old vaulted cellars date from the medieval castle. The dwelling is in two L-shaped parts that do not communicate: the floors do not coincide. The closest to the dungeon has mullioned openings. There are still a few gunboats and traces of fortified fortifications, vestiges of the warrior past of the site and beautiful chimneys including a Gothic. The keys of the vault carry in sculpture the lion of the family of Rabastens.

How To Get To Château de Paulin (Map):