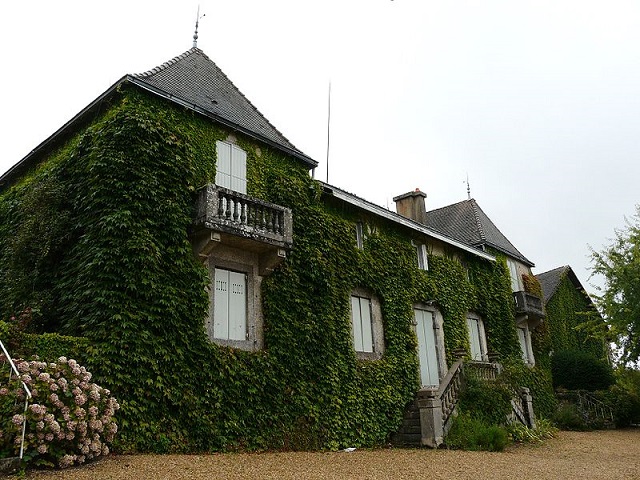 Location: Saint-Pierre-de-Frugie, in the Lot-et-Garonne departement of France (Aquitaine Region).
Built: 12th century.
Condition: In good condition.
Ownership / Access: Private home.
Notes: The castle of Montcigoux is a French castle located in the commune of Saint-Pierre-de-Frugie in the department of Dordogne, in Aquitaine-Limousin-Poitou-Charentes.In 1913, under the floor of an outhouse, a human skeleton was discovered, which the inhabitants of the canton named "Ernest", according to the name of a former owner who, according to legend, was killed by an ax His brother in the nineteenth century. In 1933, the Courrier du Center published in seven episodes a story by the journalist A. Valérie, The Dark History of the Castle of Montcigoux, which authenticates this version. In 1987, France questioned the inhabitants of the commune on this case and in 1989, the novel Rendez-vous on the land of Bertrand Visage is inspired. In 2013, genealogist historian Bernard Jean Aumasson questioned the legend, specifying that Ernest would have died in California in 1862. In early 2016, the skeleton was transferred to the Criminal Investigation Institute of the National Gendarmerie (IRCGN) of Cergy -Pontoise to be examined and to solve this enigma. Investigations have shown that the skeleton, which can not be dated, has neither injury nor trauma, which could have been caused by a blunt weapon. It was reintegrated into the old tower of the castle.