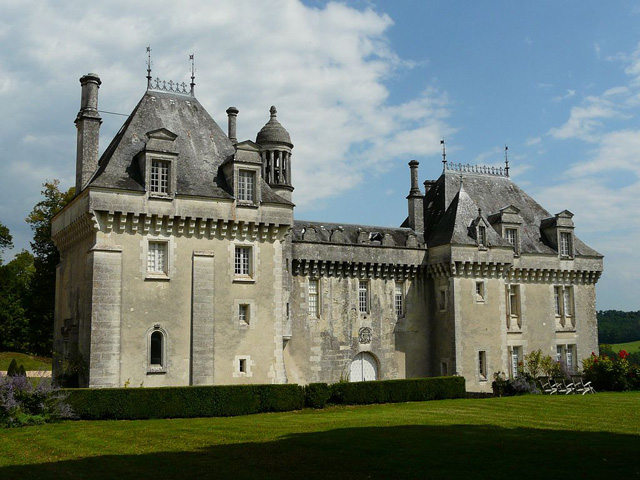 Location: Grand-Brassac, in the Dordogne departement of France (Aquitaine Region).
Built: 14th century.
Condition: In good condition.
Ownership / Access: Private property.
ISMH Reference Number: PA24000032
Notes: Château de Montardy is a French château located in the municipality of Grand-Brassac in the Dordogne, in the Aquitaine region. It is under protection as historical monuments. Castle Montardy is an ancient noble den which was built in the fourteenth century and suffered a fire in the sixteenth century. It becomes the property of the family of Lau Allemans in 1600. Including a common pigeon are erected to the west in the seventeenth century. During the Revolution, everything that can remind feudality (keep, niches) is destroyed. Only remains a large house that was burned in 1871, resulting in the loss of its eastern wing. The south and west wings of the house is restored in the nineteenth century. The Montardy Castle is in Périgord, in the northwest of the Dordogne. in the municipality of Grand-Brassac, south of the main road 93 between Celles and Grand-Brassac. This is private property. The castle and its terrace and its outbuildings are registered under the Historic Monuments September 11, 2001.