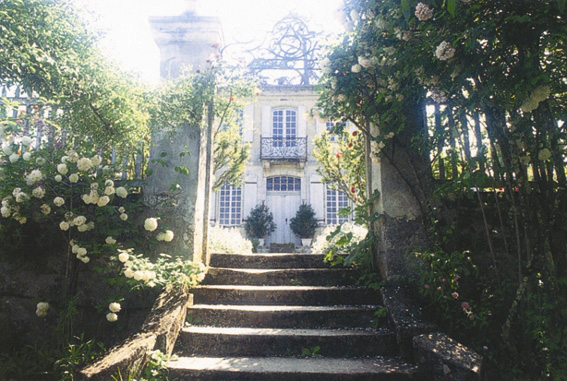 Location: Portets, in the Gironde departement of France (Aquitaine Region).
Built: 1736.
Condition: In good condition.
Ownership / Access: Private property.
ISMH Reference Number: PA00083672
Notes: Château de Mongenan located in the town of Portets, in the French department of Gironde, is a castle of the eighteenth century, open to visitors every day from 7 January to 31 December, registered historic building in 2003 and bearing the label remarquable.Il garden all the year many cultural conferences and events. The castle was built in 1736 by the architect Le Hérissey on behalf of Gascq Antoine Baron, founder of the Academy of Sciences, Arts and Belles Lettres of Bordeaux and First President of the Parliament of Guyenne and founder of the Academy Science, art Fiction and Arts of Bordeaux, including Montesquieu was Director five times. This is the birthplace of Claude Antoine de Valdec de Lessart, natural son of Baron Gascq, director of the East India Company and Minister of Louis XVI. The castle, still inhabited, is now a museum, with an eighteenth-century furniture kept in good condition. Botanical gardens including a rose garden contains more than a thousand varieties of dyeing and médicinales4 plants. The garden has been designed according to the precepts of Jean-Jacques Rousseau, violin teacher of Baron Gascq whose beds are also presented. The castle also proposes a collection of eighteenth-century Masonic objects, presented in a room that was used as a Masonic Temple from 1750 to 1898. This temple is no longer functional in the state since this was a "roving" temple, but has retained its period furniture. In this room are located including a canvas that was installed on the ceiling and which served as a "starry sky" when the "decoration" of the temple were set up.

How To Get To Château de Mongenan (Map):