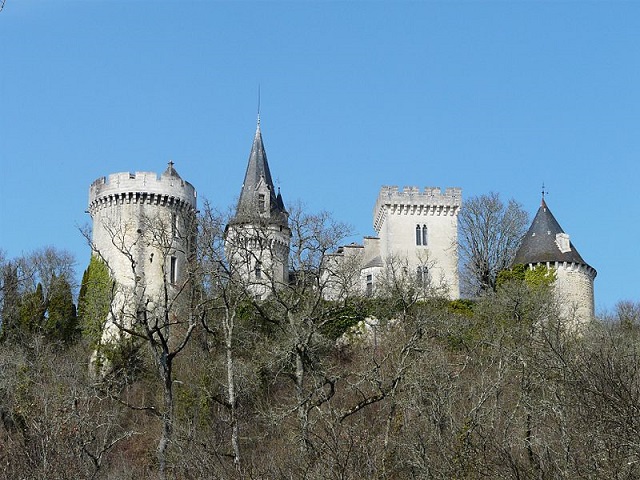 Location: Grand-Brassac, in the Lot-et-Garonne departement of France (Aquitaine Region).
Built: 13th century.
Condition: In good condition.
Ownership / Access: Private property.
Notes: The castle of Marouatte (or Marouate, Maroite or Maroitte) is a French castle located in the commune of Grand-Brassac in the department of Dordogne, in region New-Aquitaine.The castle of Marouatte is a castle whose oldest parts were built from the thirteenth to the sixteenth century. It is the stronghold of the family Montagrier then Chabot de Jarnac. At the end of the sixteenth century, Guy de Chabot, a Baron de Jarnac, known for his slander, was at the origin of a saying: "In Marouatte, the devil sabbath." Mostly destroyed during the Revolution, the castle was then used as a stone quarry. Maxime Dannery, architect of the historical monument of the Dordogne, restores it in the nineteenth century. In March 2011, the castle partly decorated the shooting of the television show X Factor.

How To Get To Château de Marouatte (Map):