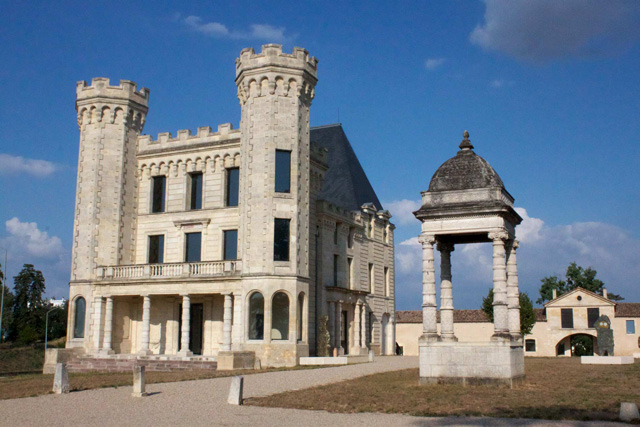 Location: Lormont, in the Gironde departement of France (Aquitaine Region).
Built: 11th century.
Condition: Restored.
Ownership / Access: Private property.
Notes: Château de Lormont is located in Lormont limit of the A10 motorway and the Aquitaine bridge. Now become private property, the castle after a major renovation by the promoter Norbert Fradin, home to his office walls. In the park, a gourmet restaurant with Chef Jean-Marie Amat7 (initially at Saint James, Bouliac) can enjoy the views of this monument. The castle (ground and basement containing archaeological remains of two parcels; entrance building said common with its cellars, their graffiti and access stairs) is the subject of a registration as a historic monument since December 13, 1991.