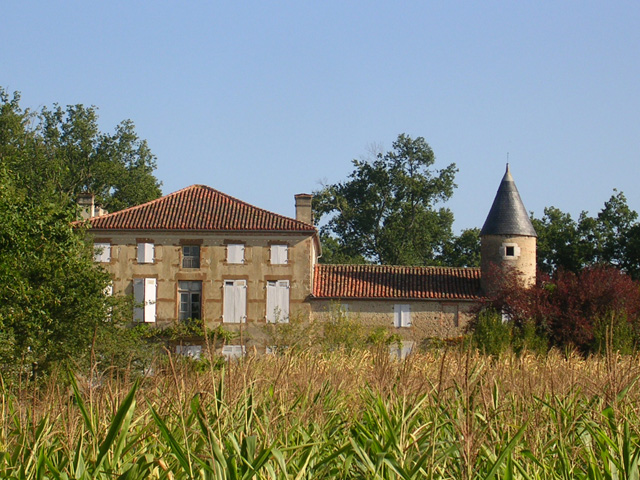 Location: Saint-Maurice-sur-Adour, in the Landes departement of France (Aquitaine Region).
Built: 18th century.
Condition: Good condition.
Ownership / Access: --
Notes: Château de Lobit is located in the town of Saint-Maurice-sur-Adour, in the French department of the Landes. Built in the eighteenth century, the castle is flanked by two towers. The Landes de Monval Lobit family, descendant of a marshal of Camp is its founder.