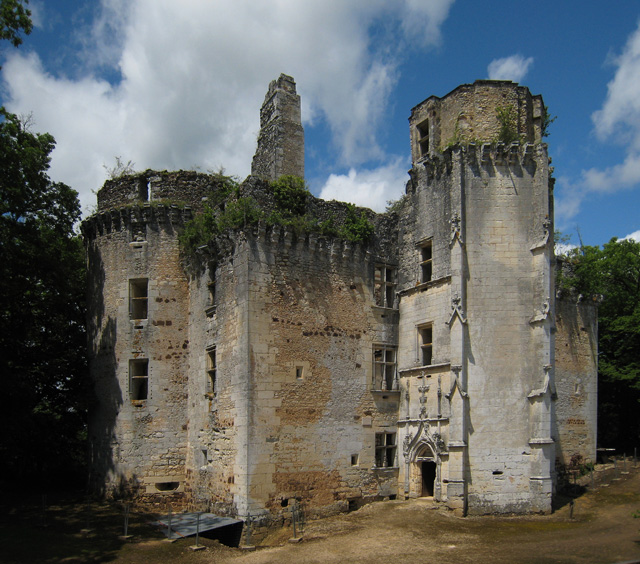 Location: Rouffignac-Saint-Cernin de Reilhac, in the Dordogne departement of France (Aquitaine Region).
Built: 15th century.
Condition: Protection works undertaken.
Ownership / Access: Privately owned.
ISMH Reference Number: PA00082786
Notes: Château de l'Herm is a castle in the commune of Rouffignac-Saint-Cernin-de-Reilhac in the départment of Dordogne in the Aquitane region of France. Construction took place between 1500 and 1520 by Jean de Calvimont in the Forêt Barade. Jean de Calvimont was in the Bordeaux parliament and ambassador of Francis I to Spain. It was later abandoned, after the family left it in 1605. The moats are still visible. The castle is open to visitors. Eugène Le Roy used it as a setting in his novel Jacquou le Croquant (1899), which was set in the early 1800s and used real place names and locations. In the book, a Barade forest peasant rebels against the evil comte de Nansac from the Château de l'Herm. It has been listed since 1927 as a monument historique by the French Ministry of Culture.

How To Get To Château de l'Herm (Map):