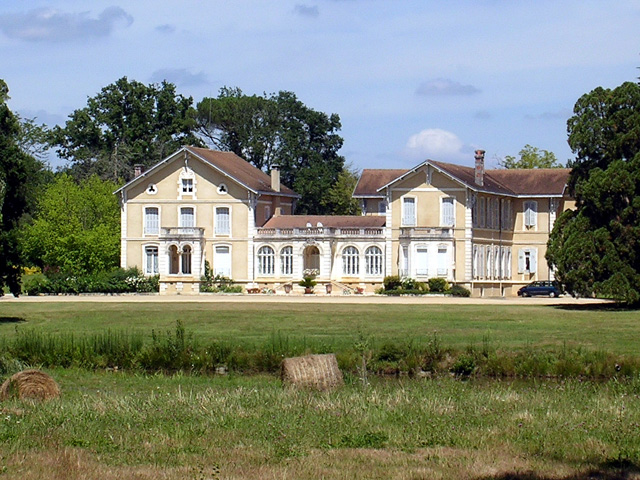 Location: Benquet, in the Landes departement of France (Aquitaine Region).
Built: Rebuilt in 1872.
Condition: In good condition.
Ownership / Access: Private Property.
Notes: Château de Laurens Castelet is located in the town of Benquet, in the French department of the Landes. The site was bought at auction in the nineteenth century by the Marquis of Cornulier, nicknamed the "friend of the poor." He rebuilt the left wing in 1872, the oldest in lieu of an ancient castle belonging to the house of Orthez which nothing remains. He made this his first wing demeure2. A centenary cedar is visible on the field. The castle consists of a large living room with wood paneling, lounge, dining room and central gallery to join the two wings. In the story, there are nine rooms. In dependence of this castle is a building called "garage" used to cache an American pilot (Wayne Eveland), which his plane was shot down near Arengosse, during the second war with the help of Mauritius Laurens Castelet. The castle is privately owned by the family of Laurens Castelet, descendants of Cornulier until 1996.