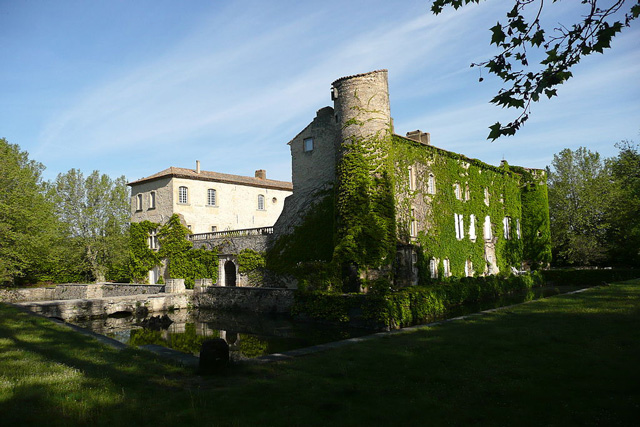 Location: Laudun-l'Ardoise, in the Lot-et-Garonne departement of France (Aquitaine Region).
Built: 12th century.
Condition: In good condition.
Ownership / Access: Private property.
Notes: The castle of Lascours is a former castle of the twelfth century, several times redesigned, which stands on the town of Laudun-l'Ardoise in the department of Gard in Languedoc-Roussillon. In terms of historical monuments: the entrance gate; The General State Room with its fireplace and terracotta tile floor, on the second level of the west wing; The fountain niche in gypsum on the second level of the central body; The entrance to the chapel; The front door leading to the grand staircase; The monumental fireplace in a room communicating with the Salle des Etats Généraux is classified by order of 15 December 1980; The whole castle with the terraces, the moat and the bridge are the subject of an inscription by decree of December 17, 2008.

How To Get To Château de Lascours (Map):